Berlin has a special place in my heart. I see Berlin as the city that not only hosted Amma while she was on her European tour, but also introducing me to her personally, which allowed me to develop a strong connection.

On this last trip we went for a little culture and food, food and more food. We started off with a ridiculous lunch at the Adlon hotel. Why was it ridiculous?

We ordered a Currywurst, which for those of you who don’t know what it is I shall explain: it’s a dish invented in Berlin consisting of a sausage covered with tomato curry sauce that usually comes with a side of fries. When we saw our order arrive, we were amazed to see that the traditional curry wurst dish had an additional ingredient, gold leafs on top of the sausage. We found that quite excessive but how else are they suppose to justify their prices…? 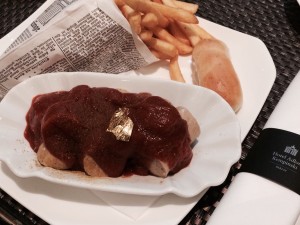 At night we were to enjoy even more decadence but this time it would be of a different kind. We had tickets to the Berliner Philharmoniker where we pleasantly listened to a violinist and an orchestra play Beethoven. Quite delightful and I was super impressed how a huge hall could be filled to the point where people were standing. One thing is for sure: classical music lives on, which makes me feel good!

The next day after a full night’s rest we went to experience something I’ve never really done before; a live escape game. We played a version of an escape game where the object of the game was to try and save Earth from an Alien invasion in 66 minutes. So our focus was not really to escape but rather solve all the puzzles in the amount of time allotted to us. The game was quite well thought out and with five people, we managed to save Earth in a little over 40 minutes. A lot of fun it is to be scrambling around reading co-ordinates you have no idea what they might be used for, and look for codes to unlock locks that will hopefully help you solve more riddles. It was quite fun indeed, I highly recommend EXIT – das Live Escape Game in Berlin. You can either play the games in English or German, and they have many rooms with different live scenarios. 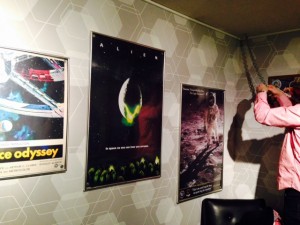 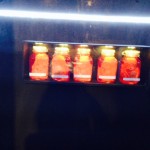 (the pictures were a bit tricky to take, because the room was super dark, but it still gives you a general idea of what to expect)

After our great achievement we set out to find food and coffees. I would like to point out that hipster coffee shops in Berlin are my favourite. We found the perfect coffee nook full of modern hip flair and amazing coffee, like seriously these guys rock at their coffee, hats down bonanza coffee! 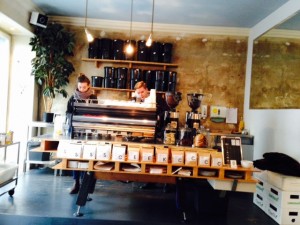 Fully caffeinated we were on our way to check out all the funky shops and kill time until our dinner reservation.

We booked a table at La Cocotte and I was super eager to indulge my senses in French dishes. Settling into our cozy seats I started off with the traditional French dish ‘escargot’ – they were delicious, probably the best I’ve ever had. Then I ordered the chicken dish with mashed potatoes – which was heavenly. The main course with the side came in the traditional cast-iron pots (think Le Creuset), which I thought was quite brilliant, because it ensures your food stays warm so you take your time enjoying the company and your wine. As I am sure many of you have noticed French food can be quite rich, so by the time I scraped the last bits of the mashed potatoes out of my mini cocotte, I had no room left for dessert. I finished my last sip of the pinot noir from Burgundy and decided to stay in the blissful coma until everyone finished their crème brûlée; mousse au chocolat; molten chocolate lave cakes, etc. I ended the evening with a lavender tea which was a good call as the night was quite chilly. 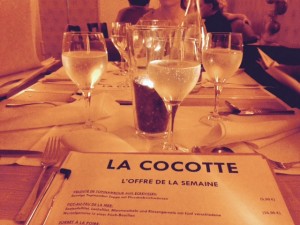 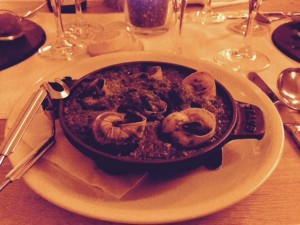 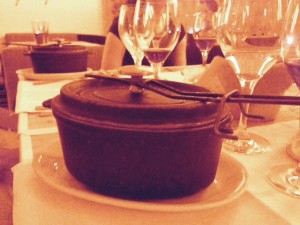 As I took deep breathes of fresh air into my lungs I was suddenly drawn back to when I volunteered to cook for Amma and was feeling thankful and full of love. Berlin, I will be back!

Coming out of a weekend, Mondays’ should be labe

Completing my 36th birth year with a calming goop

For Canada Day 🇨🇦 I am sharing a super easy,

Every Friday I make an indulging meal which makes

I have been battling since I was very little with

New blog post in up listing all the ingredients yo

I want to share an amazing collaboration which wil

Curries have been saving me lately! This curry is

I am totally addicted to this DELICIOUS 😋 GFVG,

I struggle a lot with all the injustice in the wor

This simply has to stop. Together we can all fight

I don’t know about you but during this crazy tim

Lately, the act of being mindful has been a lot on

Since the whole lockdown started I am a lot more a

Last night I posted I was going to make my caulifl

Who else is the biggest fan of beets in the world

Last week I shared that with was working on a stuf

Is it just me or is time flying by. May is upon us